But does the 4th have a deeper meaning?

​As with most holiday, their names along with their meanings tend to change over the ages. July 4th can be traced back to festivals of the oldest of known civilizations.

Most effective - 4th of July Spells

It is a Star believed to be of a very high frequency and has long been revered by the Mayans and Ancient Egyptians. The Ancient Egyptians Sirius was a very special star and was known to bring blessings of abundance, fertility and a rebirth.

When Sirius and the Sun meet around Fourth of July every year, the energy of Sirius is believed to become highly potent and influence planet earth on a much more significant level. which is why these events are so important for spells and spells casting.

Astrologically speaking, the meeting of the Sun and Sirius would be the perfect time to celebrate the birth of a new country. The course of the star was also observed and revered by Sumerians, Babylonians and countless other civilizations.

The star was treated as sacred and its appearance in the sky was accompanied with feasts and celebrations.

Sirius was, and still is, associated with divinity and regarded as a source of great knowledge and power.

Take a moment to tune into the amazing, high-vibing energy of Sirius.

Having your spell cast during an event such as Independence Day will dramatically increase your odds of manifesting the results you desire.

Spells cast during an Event like this have the highest success rates. Spellwork for Independence DaySpells 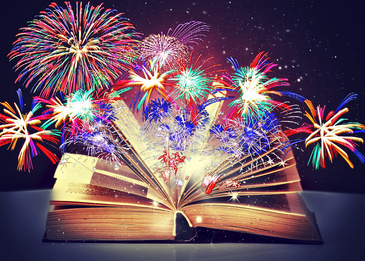 What is 4th of July about?”, the majority of people say Its the time when my family comes together to shoot off fireworks, eat BBQ, steak, hot dog’s, drink and have fun.

July 4 is Independence Day, the day that the USA celebrates its birthday. It is also around the time that the Sun meets with the highly mystical star, Sirius.

Could it be any coincidence that America’s birthday coincides with this fated day? Did the Ancients celebrate July 4th and the arrival of the mystical star, Sirius?

The brightest star has been important in astronomy, mythology and magick for ages. From the beginning of civilization to modern times, from remote tribes of Africa to the great capitals of the modern world.

The star that shines brightest to us here on Earth certainly seems to hold a special symbolic importance to mankind.

These Independace Day Spells are  highly potent and have a significant influence on things that matter in our lives & Liberation for Love, Money, Power & Success.

Spells cast once within 24 hrs of order, followed by Main casting during Independace Day \ July 4th.

Did you know that July 4th is also known for the arrival of a very powerful and mystical star, named Sirius?

Sirius comes around the Fourth of July every. The energy of Sirius is highly potent and influences planet earth in a Very magical & significant way.

This is a Highly effective time period to cast your spells. its  perfect for casting new and or booster spells

Independence Day Spellwork and mystical star, named Sirius go hand in hand. Esoterically this star is our  Spiritual Sun and is all about liberation.

These 4th of july spells can set you free from any type of  oppression &  release you from any limitations in life.

What is so Special About Sirius

From the beginning of civilization to modern times, Sirius was, and still is, associated with divinity and regarded as a source of great power  ​