Angelic Almanac. A tell-all about Angels.

This alamanc will reveal all you could ever want to know about angels and they're remarkable capabilities, and most importantly - How to get them to help you!

The differences between the Angels.

Did you know that there is a clear distinction between Angels, Guardian Angels, and the Archangels?

Angels connect with one human being at a time.
Guardian angels are devoted to a specific person.
Archangels are known to be protectors of all humanity.

All Angels are creatures (beings of light) who are in agreement with the Awesome Will of the Great Spirit to help us earthlings as we experience the daily grind of life. Angels are the aides, helpers, and delegates of God on Earth,

Archangels are the chief leaders of the cosmic armies and protectors of all mankind, What's more, Guardian angels are assigned specifically to each and every human individually to watch over, shield and care for that person as needed.

The main reason an Archangel could respond is that most people are not in sync with their guardian angel, thus they are making an open call ( which can be considered an open invitation to demonic forces). Meaning that the Archangel would want to answer your call for help rather than allowing a demon too. The spiritual world is complex.

To be clear, an Archangel is not considered as a guardian angel because they have the ability to respond as a protector to you, as well a billion other people at the same time. Guardian angels don't have those types of abilities. The guardian angel is exclusively assigned to you and you only.

Archangels direct, lead and look after the mass of mankind as a whole, not individually.
They direct entire countries, districts, regions, territories, towns, urban areas, and so forth.
be that as it may, as mentioned the Archangels have the capabilities of the angels and guardian angel can assist us on a one to one basis.

To recap:
Both Angels & Archangels can come to help anyone.
Guardian angels are dedicated to you.

We as a whole are constantly backed by these divine agents. However, for the vast majority of mankind, the awareness of these angels has been impaired ( by the dark elements in control of this world )
thus they don't know about the existence of the Angels in their everyday life.

They are willing to protect, serve, and upgrade every facet of your life.

As a rule, Angels won't meddle in your business because they respect your free will.
These Cosmic agents of the heavens will not help you without your authorization.
They respect your unrestrained choice and give you the space to go your own way.

As I said earlier, The spiritual world is complex. Another thing to consider is that even though are you are constantly backed by these divine agents, an angel will not help you without an order from the Great spirit ( this is a complex subject that's to big to cover on this page and in this topic).

The brief answer is that most people are not in sync with the Great spirit nor their guardian angel, thus they are making an open call ( which can be considered an open invitation to demonic forces).

That's why its best to let professionals like us help you.

We are here to help you regain your angelic connection.

Ordering a spell is the best way for you to request the help of the angels. By ordering a spell you give your permission for the Great Spirit and his angels to fight for you. 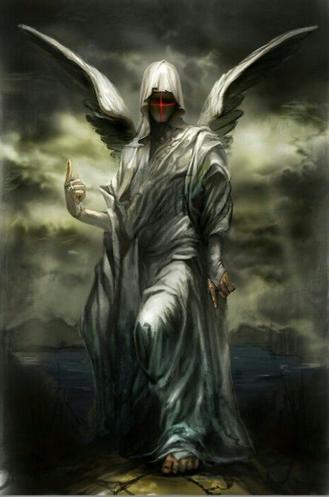 Regardless of your Need, Request, Want or Situation, there is an Angel that can help. There is a Blessed Angel to resolve Every type of Need.

There is a guardian angel for every reason under the sun.

All heavenly attendants are ordered by the Great Spirit to offer supernatural assistance and help to every earthly body. And you have a boundless number of Guardian Angels to call upon.

But even more importantly, knowing the name and ability of an Angel will allow you to get divine help that is custom-fitted to your particular Must have needs.

Be that as it may, don't stress over selecting the "right" heavenly agent because the most important factor is summoning an angel to help satisfy your need.

Via our esoteric knowledge, we specialize in hailing the gathering of heavenly agents legitimately and the ancient art of Summoning angels. We know how to rally the angels to take up your cause.

The Angels are continually keeping an eye out for people, yet they must be properly summonsed if you want their help and intercession. Let us help you, divine helpers are waiting for their orders.