What is Asalha Puja about?”, Asalha Puja Day is one of the most sacred days in Buddhism and dates back to the Buddha’s first sermon. Its also known as Dhamma Day

Its one of Buddhism's most important festivals.

This is a very special & powerful event.

​The Buddha’s first sermon set the Wheel of Dharma into motion And established the four noble truths and the twelve divisions of scriptures. The Buddha attained enlightenment.

​The purpose of offering you these spells during events such as this provides you with the best opportunity to increase your odds of manifesting the results you desire.

You must Partake to overcome if you wish to receive results that can transform your life.

Did you miss Asalha Puja Day ?

Order a spell from here anytime of year. we will cast it once within 24 hrs of order, & again during the next event.

The goal of the Buddhist practice is to help you reach your highest state.

The ultimate objective of Buddhism is to attain Nirvana, which is a state of total satisfaction.

Buddhism is one of world's largest religion with over 520 million followers, thats over 7% of the global population.

The energy of Asalha Puja is used to enrich your lives and attain Nirvana, a state of total satisfaction

This sacred day of ‎Dharma holds an enormous amount of natural energy,

Sells cast during Events like this have the highest success rates out of all other spell castings.

​Brahmā is a leading god (deva) and heavenly king in Buddhism was adopted from other Indian religions.

Ancient Greece also has influenced, or even given rise to, the philosophies behind Buddhism.

The Buddha’s earliest guardian deity was Herakles, better known in the West in his Roman form, the god Hercules.

The Greek influence on Buddhism is most dramatically visible in the statues, images of The Buddha as Apollo.

Apollo is the son of Zeus. Like all the Olympian gods, Apollo was an immortal and the powerful god of the sun.

​As with most religions, faiths and belief systems, their names along with their meanings tend to change over the ages.

Asalha Puja / ‎Dharma Day can be traced back to the oldest of known civilizations.

Today Buddhism is often considered to be a form of psychology rather than a religion.

​​For clarity sakes, we only call upon devatideva AKA The Great spirit which is the God of gods.

The Great spirit has power over, controls and can dispatch lesser gods to serve us. 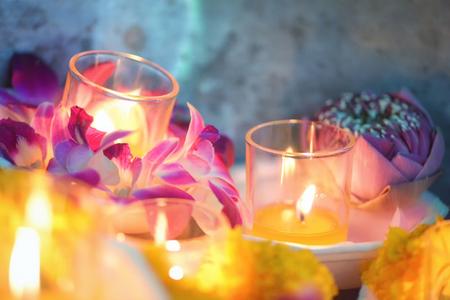 On Dharma Day vast power wells can be tapped to release amazing energy to manifest things needed to enrich, improve and better your life.

Spells cast once within 24 hrs of order, followed by Main casting during Asalha Puja  \ Dharma Day.

The energy of Asalha Puja is used to enrich your lives and attain Nirvana, a state of total satisfaction

The goal of the Buddhist practice is to help you reach your highest state, and live a life without lack or loss.

This is a Highly effective time period to cast your spells. its  perfect for casting new and or booster spells

These Asalha Puja spells can set you free from any type of loss, lack & release you from any limitations in life.

What is so Special About Buddhism

From the beginning of civilization to modern times, Man has struggled against the injustices of life. The ultimate release from lack, loss & suffering comes to you via the energy of Buddhism & These Asalha Puja spells     ​