​Expand Your Horizons and stop doing without.

To enjoy an amazing life, it is essential you make a move. Hera spells can help you improve your position and be successful.

Take charge of your existence once and for all.

Amazing Hera Spells can crush even the hardest of circumstances. Prevail personally and professionally. Achieve, Accomplish, and Satisfy Objectives.

Upgrade capacities to succeed. These Spells of power can directly impact and sway the conduct of others and or the course of how things happen.

These Powerful Spells were utilized by overlords to become rulers and keep control of everybody and everything in their realms.

Letting this opportunity slip past you can set a bad tone for your lifestyle for a long time to come.

Act before it’s too late! 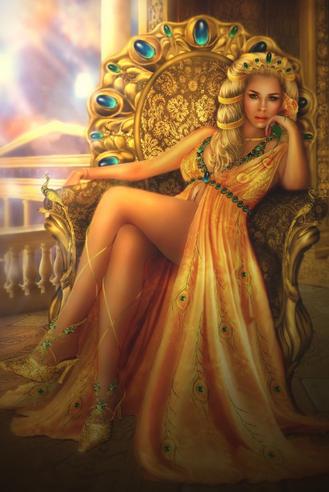 Hera Spells cast once within 24 hrs of order, followed by Main casting during the Hera Ceremony.

Hera served as the patroness of many primary aspects of our daily lives, presiding over Love, Prosperity, Justice, Enticement & Temptations.

She has power over the elements and can bless you with favorable circumstances to bring about and manifest the results that you are seeking.

The first 12 days of June are sacred to Hera. This is a Highly effective time period to cast your spells.

​Great for casting new spells and perfect for a booster cast to overcome and deliver results for stalled wishes of a previous casting.

​Hera can be traced back to the Garden of Eden and Eve, based upon the coincidence of her common title as - the Mother of all the living.

As stated, Modern scholars have found an early link between Hera, Asherah and Eve via Summerain and Roman records. With these Hera power spells you can obtain whatever you need, desire or wish for. ​

Hera was also known in other pantheons, as Isis, Frigg, Ishtar, Asherah, the Queen of Heaven & Mother of all the living.

As Mother of all the living, Hera, lived on a sacred mountain where all the fresh waters of the world originated.

For everything alive, water is essential for life. Water is one of the most important substances on earth.

Hera Spells have the Power of Water & Elemental control, So they are Highly Effective and Super Potent.

Ancient cultures were able to tap into the energy of Hera and use sacred power spells to achieve miraculous things.

Ancient societies have paid homage to Hera - Queen Goddess & Mother of all the living from the start of civilization.

Sacred Hera Days & Power Spells have been used to enrich and empower peoples lives for ages.

The first civilization to emerge, in Mesopotamia, were the earliest on record to honor The Goddess Queen Hera.

​Mesopotamia dates back so far that there is no known evidence of any other civilized society before them.

Hera - Mother of all the living, was worshiped in ancient Syria, Phoenicia, Canaan and by the Hebrews.

Hera may have been the first deity to whom the Greeks dedicated an enclosed roofed temple sanctuary.

The Romans and Gauls payed tribute to hera ( juno ) with models & sculptures.

Many Ancient cultures honored & paid respects to hera via a multitude of various ceremonials.

Today we cast our spells in the ancient traditions of the Sacred Ceremonies of Hera.

Spells are driven with energy.

This sacred days of hera holds an enormous amount of natural energy,

which is why these events are so important for spells and spells casting.

Hera the Queen Goddess; Mother of all the living, True Ceremonial Power Spells to enrich your life. Sacred Hera Days

You're doing an injustice to yourself if you don't take advantage of these powerful spells to enrich and improve your reality. Create the destiny you desire.

Everyone's experienced dissatisfaction,  demoralization, or disappointment, but don't let it dictate your fate.​​

Select the spell to satisfy your needs.

Spells to elevate, embellish and, enrich your life.

The first 12 days of June are sacred to Hera.