Childhood disorders, often labeled as developmental disordersor learning disorders, most often occur and are diagnosed when the child is of school-age. Although some adults may also relate to some of the symptoms of these disorders, typically the disorder’s symptoms need to have first appeared at some point in the person’s childhood.

Detail page for every spell will be added soon
$29.99 Per spell We use Paypal - opens in new tab or window

After payment is made email me
1) Name of disorder(s).    2) Your specific goal for the spell
3) Name(s) of the person to be targeted by spell(s).

Medical Disclaimer :
If you, your child or a loved one is displaying a mental disorder you should first seek a Psychiatrist so they can diagnosis and medicate if needed. Always seek the help of a qualified medical practitioner for all physical, mental and emotional conditions. UNDER NO CIRCUMSTANCE ARE THE SPELLS OFFERED HERE A SUBSTITUTION FOR A DOCTORS ORDER. These custom healing spells can be used in conjunction with other healthcare to facilitate an effective and balanced return to health.

A "custom spell" has been created for every disorder listed,  Please review our > Refund policy before ordering !!!

Healing and the goal of Health is one of the main reasons this website exists. For we are in service to and servants of the great spirit. We specialize in the casting of Divine spells and the calling forth of sacred blessings also know as manifested healing. FYI > The Great spirit is in complete control of everything in existence and can shape any event, alter any circumstance, change any situations, shift any outcome and or modify whatever conditions. Its this Master of fate (The Great spirit) that we call upon so that you can receive the miraculous results you seek. With our divine spells - you can obtain the desires of your heart.

Psychology views mental illness with a secular, materialistic worldview. They do not believe that people are spiritual beings. Denying the Divine and the spiritual requires them to see all problems as physical and organic in nature. They say - Worry isn’t transcendental; it is an organic mental illness that requires medical intervention. They claim that anger, worry, and sorrow are not spiritual; they are problems that require a pharmacological solution. As a living soul, one should know better. Calling forth the sacred blessing of a healing is meant to re-establish harmony, restore loss, redeem moral soundness, renew and refresh life and health. We cannot advise, nor are we attempting to diagnose a treatment plan, but simply are giving thought to the divine realities of things. Divine power is at your beckon call
​
Most common types of mental disorders >

Major depression
A mood disorder causing a persistent feeling of sadness and loss of interest.
Anxiety disorder
A mental health disorder characterized by feelings of worry, anxiety, or fear that are strong enough to interfere with one's daily activities
Bipolar disorder
A disorder associated with episodes of mood swings ranging from depressive lows to manic highs.
Dementia
A group of thinking and social symptoms that interferes with daily functioning.
Attention-deficit/hyperactivity disorder
A chronic condition including attention difficulty, hyperactivity, and impulsiveness.
Schizophrenia
A brain disorder in which people interpret reality abnormally.
Obsessive compulsive disorder
Excessive thoughts (obsessions) that lead to repetitive behaviors (compulsions).
Autism
A serious developmental disorder that impairs the ability to communicate and interact.
Post traumatic stress disorder
A mental health condition triggered by experiencing or seeing a terrifying event.

A "custom spell" will be created for your specific disorder, Please review our > Refund policy before ordering !!!

Sometimes, one person can have a disorder that has a direct impact on his or her partner. Mental illness is confusing for everyone involved. You might think your spouse is being lazy, irritable, distant or distracted. But these supposed character flaws might really be symptoms of the mental illness. Not knowing how you can help can be frustrating for both partners. But thankfully you've found help !!!

Sex life disruptions
Mental illness can disrupt your sex life in many ways, such as premature ejaculation, impotence, sexual aversion, under active interest, under arousal, ability to get aroused and your ability to maintain an erection or achieve orgasm can cause relationship problems..

Sexual compulsions
Can have a tremendous impact on relationships. Normal differences in sex drive and interest can usually be worked out through empathy and good communication; but, when one person has a sexual compulsion, he or she can make demands or show interests outside the home that have a devastating impact on the relationship.

Anxiety disorder
living a normal life becomes virtually impossible. Everyday situations and experiences that most people might consider to be slightly stressful can give a partner affected by this disorder a full-on panic attack. Their emotional and physical symptoms can control their entire world, dictating everything from what they do to where they go.

Depression and moodiness
a partner may be tired, withdrawn, unmotivated, and have little sexual desire. They may feel rejected or frustrated with this lack of initiative. At other times, a partner may show increased interest in sex, spending money, traveling, business ventures, new projects, religion, or talking, and cause you real concerns about his or her poor judgment. It is important to know that mood disorders are very treatable. Assure your partner that feelings of hopelessness or (unrealistic) fears of losing “high energy” are part of the disorder and let them know that you want to help.

Personality disorders
can significantly impair relationships and employment. People with this problem have a self-image that is dependent on the actions of others. They scrutinize their partner to find out if they are loveable, good enough, or safe. Their ability to look inside themselves for the cause of distress is limited, and they avoid painful emotions with anger, blame, distancing, fantasy, or addictions. In a no-win fashion, they vacillate between feeling abandoned or suffocated, thinking they’re superior or worthless, and fearing intimacy or isolation.

Erratic personalities
have stormy relationships with everyone. They may be unpredictable, engage in self-destructive behavior, act impulsively, avoid being alone, change moods wildly in just a few hours, and think in extremes (good/bad, black/white). At the same time, their passion and intensity can (initially) make them enticing. If your spouse has such a problem, it helps to avoid the extremes of withdrawing from or trying to control him or her. Over time, he or she may become more moderate.

Defiant personalities
have so little empathy for others and knowledge of right and wrong that fulfilling relationships (and therapy) are impossible. They may relate to others only to get sex, money, or power and be irresponsible, unlawful, violent, aggressive, impulsive, dishonest, reckless, or unfaithful. The more pronounced these traits are, the less hope there is of change. Because they know how to charm and con people, it may be difficult to face how destructive a relationship with them can be. The spouses of such people need to face their own addiction to control or “save” their partner.

Obsessions and compulsions (nonsexual) - OCD
When a person is over concerned with safety, tidiness, germs, and order, the whole household can be affected. Feeling as though you can never meet your partner’s standards may be an indicator that an obsession is operating. Seek help to distinguish between obsessions and standards that fall within the normal range. Recognizing obsessions for what they are will relieve you of the pressure of trying to satisfy them.

Attention deficit (ADD) and hyperactive disorders (ADHD)
One partner’s forgetfulness, disorganization, distractibility, impulsiveness, moodiness, restlessness, and temper may cause the other to become increasingly critical. The person with ADD withdraws, criticism mounts, and the added stress increases symptoms. Often, spontaneous ADD people and organized perfectionists are drawn to each other because they seek what they lack in themselves. This can greatly compound problems.

Chemical dependency
Is one of the most common problems affecting relationships. It often goes unrecognized because the substance abuser is still able to work and is competent in many ways. Spouses who have been accused of being too tense or unreasonable often think they are overreacting. The truth is that whenever someone else’s use of drugs or alcohol is a problem for you, it is time to get help! 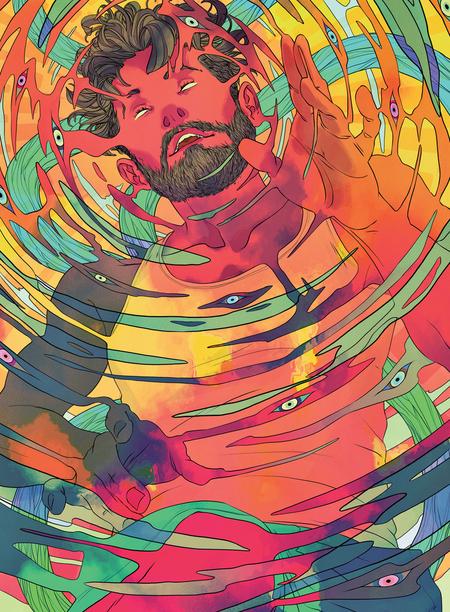 For anyone grappling with the darkness of mental illness, or anyone who has a loved one caught in its crushing grip, I cannot overstate the importance of seeking divine help. ​

Living with mental illness is not easy. It’s a consistent problem without a clear solution. While treatments like medication and psychotherapy are incredibly helpful, sometimes people experiencing mental health conditions need more.