Everyone has the right to a successful life and these spells can help you fulfill your dreams.

​Since the first signs of human civilization, the New Moon has played an important role around the world.

For eons, it serves as a source to empower, to improve and to enrich the lives of so many.

The New Moon emits an energy that is very distinctive which has often been described as magnetic.

Spells cast during Events like this have the highest success rates out of all other spell castings.

We use that energy for to do some deep spellwork and big magic.

The New powerful energy affects our own emotional, mental and physical energy.

This new lunar cycle is one of high energy thats constantly flowing around and through us.

The changes you desire manifest faster, when we work with this New flow of powerful energy .

We cast New Moon Spells so you can get the most from this point in time.

The high level of Luna energy is the perfect time to set your desires or intentions.

it speeds up the transition process of turning your wish (via real life manifestation) into reality.

The New Moon offers its energy of intention, Results can appear before the moon returns full circle to new again.

We dont directly call forth any other Diety, Cosmic force, Spirits or universal energy.

The Great spirit has power over, controls and dispatches energy & lesser gods to serve us.

The New Moon, Magic and Spells go together like peas in a pod. Results often manifest within the lunar cycle (30 days).

Spells cast during events provide very high energy which greatly increases your odds of manifesting the results you desire.

This is the best option to receive the results for "Must Have" wants, wishes, scenarios and situations.

Did you miss this New Moon?

Order a spell from here anytime of the month. we will cast it once within 24 hrs of order, & again during next New Moon. 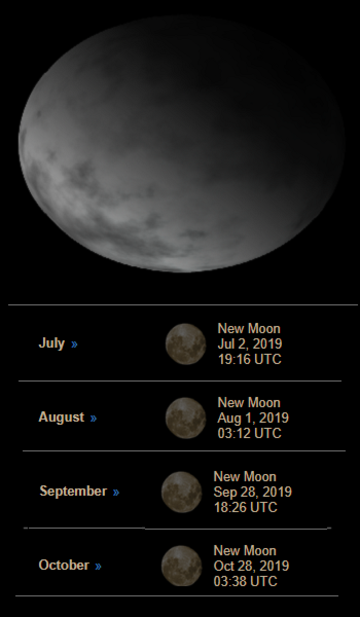 The New Moon, Magic and Spells go together like peas in a pod. Results often manifest within the lunar cycle - 30 days.

We know how to harness the power of a New Moon to amplify its power & cast amazing spells for you. Get the  things that matter most: Love, Money, Success, Health

New Moon Spells cast once within 24 hrs of order, followed by Main casting during the New Moon.

We have an exceptional connection to Earth's natural satellite. The moon is thought of as the mother energy and the sun as the father energy.

We can harness that energy;  via magick, to help you get what you want most in life.

Our calling compels us to use this energy to help you get the results that you have been seeking.

​This is the perfect time to cast your spell to plant your seeds of intention, and really get in sync with the spiral of creation to get the things you want most.  ⠀

Great for casting new spells to make your dreams come true and perfect for a booster cast to overcome and deliver results for stalled wishes of a previous casting.

With the New Moon out of sight, Its the ideal time to use these magic spells to manifest  things needed to enrich and improve your life.

Obtain the things you need, desire and wish for.