Spells for the Winter Solstice are cast to
honor the power of this sacred season, to honor
the mystique of Nature and her boundless cycles,
and to honor the spender of creation and the
might of the Great Spirit.

The winter solstice will be loaded up with
so much supernatural energy that will make
the casting of spells super effective.

We will be able to help you realign your psyche,
body, and soul with positive energy to remove
curses, bad luck, lack, loss, and misfortune.

Reunite with a lost lover, Attract your
soulmate, Get out of debt. Begin this
forthcoming new year with peace,
euphoria, joy, and love.

The Holly King is the God of the Waning
Year, He is vanquished by the Oak King.

The Oak Lord is the Divine
force of the Waxing Year.

The two god subjects of the year's cycle
match The Oak Lord rules during the light
half, or throughout Spring and Summer,
While the dark half, Autumn and Winter,
belongs to the Holly King.

Pagan and Christian beliefs. They are
intermingled with the Christmas
celebration.

Many traditions that are now a part of the
mainstream Christian culture actually
comes from ancient pagans.

Such as decorating with evergreens.
Hanging ornaments on a tree. Partaking of
sweet confections, gift-giving, singing
carols, wassailing, or the burning
of the yule log.

As I said, that was about the lore of the
Winter Solstice. But this does mean we
agree or support that lore.

​Seasons have the power to change your
life. Nature shows us that all things
change, and seasons are an example of
this undeniable rule of life.

My point, you don't have to do without the
things you want. Whatever your situation
is, whatever purpose you have,

A spell can be cast to satisfy your need.
Get your miraculous rewards.

you don't have to do without the things you want.
Whatever your situation, problem, or desire is
A spell can be cast to satisfy your need.

Winter Solstice spells are cast to
memorialize the resurgence of the sun. 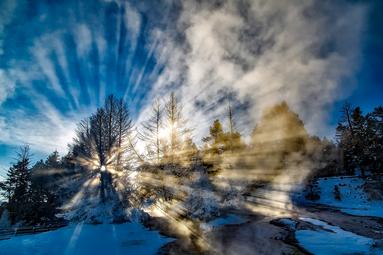 ​The Winter solstice is the perfect gateway
for some radical, mystical magick making.

Winter Solstice, A day when the casting of
a spell gives a promise to manifest the
results you want.

Winter Solstice: the Magick of December,
the Whys and How's. The Winter Solstice is
ever ready to break you free from old
cycles of negativity, and ushering in a
new and better cycle.

The winter solstice is the perfect time to
get your sh*t together. Focus on what you
want to grow and manifest as the
days grow longer.

Winter Solstice: the longest day of
darkness in the year; and with the
darkness comes the promise of light,
the rebirth of the Sun.

It's an amazing date with excellent
Magickal Associations. There will
be miraculous rewards.

This Winter solstice marks a change, a
return to light and a shift in the
energy of mother earth herself.

Because the solstice of winter falls so
near New Year's, it's the perfect time
for some deep and heavy self-reflection.

The familiar maxim "out with the old,
in with the new" seems wildly
appropriate here.

The Winter solstice is the ideal passage
for some radical, mystical magick making.

The winter solstice itself is
the darkest day of the year.

And, contrary to the popular belief,
darkness does not mean its evil!.

In this case, its more about ​the rebirth
of the Sun, the giver of warmth,
life, and light.

Its the perfect time to focus on what you
want so that the light can bring
it to you.

Get something to be genuinely happy about.

It's Known as Yule on the Wiccan Wheel of
the Year. Solstice spells and rituals for
Yule celebrate the themes of the Oak King
(longer daylight hours) Vanquishing the
Holly King (hours of darkness).

It's all about ending old cycles and
ushering in a new and better one.

It is a festive time of year throughout
the world. With the rebirth of the Sun,
the giver of life and light.

Have your spell cast on this date and
you will be Miraculously rewarded!

Winter Solstice rites.  This is one of our
oldest celebrations, dating back to the
dawn of modern civilization some
30,000 years ago.

For ancient peoples,
the winter solstice was an awesome,
mysterious, and powerful phenomenon.

The Winter solstice is the perfect gateway
for getting the results you seek.
Usher in a better cycle.

About Wicca/pagan lore
and the Winter Solstice.

Below is a variety of history, traditions,
symbols, and lore for your information
and entertainment.

To the ancient Greeks its the Festival of
Cronus (Kronos), and as Saturnalia
to the Romans.

​In Wicca ( Wiccan ), which is somewhat
founded on the acts of the Celts of long
ago Yule marks the beginning of the
reign of the Oak King.

He then reigns until Midsummer or Litha.
the Oak King and Holly King are archetypes
also called the various essences of God.

This solstice denotes a change, a renewal
of light and a shift in the energy of
mother earth herself.

At the start of the Winter Solstice, The
two god themes of the year's cycle
coincide even more dramatically
than they do in Summer.

Yule (from the Norse iul, meaning wheel)
marks the death and the rebirth
of the Sun God.

This also marks the
vanquishing of the Holly King.

These Winter Solstice Spells guarantee
epic results. They offer the Promise to manifest
your needs with the magic, ritual, via Spells
for Winter Solstice.

The Winter Solstice is associated with personal
development, improvement, and progress. When we
cast your Winter Solstice Spell, the energy of
anticipation being super high to bolster and
increase the manifestation process.

The energy of anticipation will spread out unto
you, and it will feel as if you are completing
a major project or realizing a big goal.

The beginning of our Winter Solstice spell work
will chase off the darkness as it presents you
with the guarantee of unending epic days ahead.

The light of the Winter Solstice
and the energy of the spell will
shine its power on you.

Now let all your sorrows vanish,
because you can be sure all
your dreams come true.