Our Fire spells are a 1000% stronger than any other spell your going to find online. Our Fire spells can change your relationships, money, health, happiness, career, and give you the life you want. 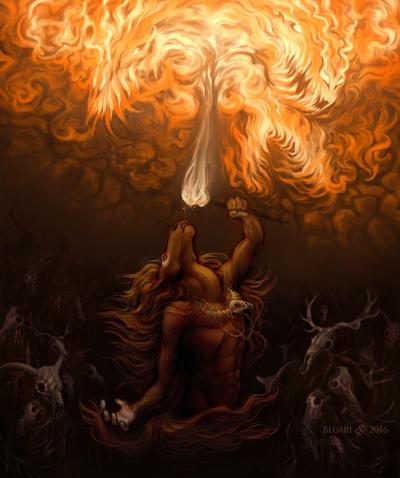 Our Fire ceremony gets results, it's a tried and true sacred Ritual,

The Process of casting a Fire Spell.

The kindling of each new fire symbolizes the start or release of something new in one's life. As the fire grows we form a circle around the fire and call in support from Divine Sources. E.g. the Master of fate and his sacred spirits,

After which the temple priest offers up your spell script to the heavens by placing them in the fire to burn, turn to smoke, and be released into the ethers.

This allows the energy of your spell to rapidly rise into the highest spiritual plane (the throne room or divine court) allowing the great spirit to champion your cause.

And to close the ceremony sacred items are placed in the fire as an offering to God and all the Divine Spirits as a sign of respect and thanksgiving for granting your wish. This is a time-tested, tried, and true process.

Manifest your dreams, visions, and goals.

The fire ceremony is used to release those things that no longer serve you and call in divine help to manifest your dreams, visions, and goals that are yet unrealized.

With continued diligence and remembrance, the ancient bond between Spirit and Man is renewed and strengthened. Then everyone will be happy and, when called upon, the spirits will be right there to assist all who call in a good way!

With our Divine Fire spells, A higher power is at your beckon call.

so you can Obtain the desires of your heart.

Our Fire spells are a 1000% stronger than any other spell your going to find online. In fact, there is very little that could be more Effective, powerful, or more profound.

These Fire spells are created by crafting a spell into script form so they can be enhanced with sacred seals (markers of the absolute) and be placed upon our fire altar so they can be released into the ethers during our fire ceremonies.

A Fire spell that's been enhanced with sacred seals provides you with supernatural blessings along with high-level energy projections that profoundly increase the manifestation process for you.

According to client feedback, our Fire spells have a super high success rate and have helped thousands obtain their goal.

Improve your relationship, Return lost lover money, Attract your Soul mate, Bring back your Ex, Advance your career, Get out of Debt, Become wealthy, and enjoy the good life.

Long ago, the Great spirit & my people developed a reciprocal relationship and language, a way of speaking, that both could understand. The Sacred Fire is a part of that language.

This is a simplified outline of a super complex ritual & subject. Do not minimize the value of calling forth the Source and Supplier of all things, in this way; He can, will, and does release miraculous power to improve your situation & manifest the results you seek.

We embrace this fire ceremony for it has provided us with the power to conquer the difficulties of life.

My people have used these fire spells to satisfy our "must-have" needs, wants, and wishes throughout the ages.

Go and find the spell that will satisfy your need.