Are you ready for life changing power that can help you get the life you want.

The magical properties of these Neptune spells have produced miraculous results.

This presents you with potential that desires to manifest the things you want most in life.

These are some of the most effective spells ever to be cast !!!

Spells cast during Events like this have the highest success rates out of all other spell castings.

Water is the jewel of life, and can generate the power which leads to all forms of liberation.

And since these spells are bound by the energies of sacred water, They have no limits.

We can use this power to help you make giant strides in your pursuit of things that matter most to you.

Water is the Essence of Life and everything on earth is linked to water.

The History of this sacred element dates back prior to the birth of man.

Neptunalia is an archaic festival in honor of water and of Neptune as god of waters.

You can use these Neptunalia festival spells to change your life in profound ways.

spells of Neptune can get you the things that matter most: Love, Money, Power & Success.

We do nt directly call upon any other Diety, Cosmic force, Spirits or universal entities.

The Great spirit has power over, controls and dispatches the lesser gods to serve us.

Conjuration of Neptune: Neptunalia Festival Water Spells can manifest the things you want most in life.

Spells cast once within 24 hrs of order  Main casting during Neptunalia Festival. 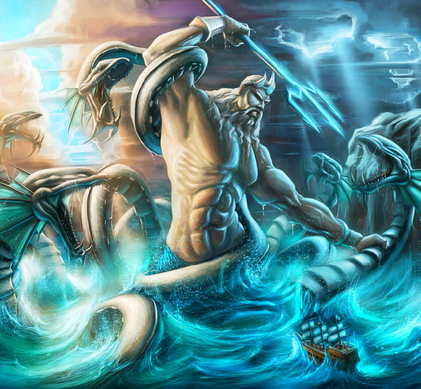 Neptunalia is an archaic festival in honor water and Neptune as the god of waters. Neptune better known as Poseidon.

Neptune is the Master of matter, The liege of Human nature, and the lord of Water. Neptune has colossal energy.

This energy can be used ( via spells ) to obtain whatever you need, want, desire or wish for.

SW7
www.spellswork7.com Client Feedback,
5 1346
Conjuration of Neptune: Neptunalia Festival Water Spells can manifest the things you want most in life.
24.99 2050-01-01

Conjuration of Neptune: Neptunalia Festival Water Spells can manifest the things you want most in life.

When used by us, Neptune's energy can transform current lack, loss & or hardships into abundance, gains, and blessed boons. This power is astonishing.

Neptunalia \ Neptune Spells cast once within 24 hrs of order, Main casting during the Festival.

Neptune is the Master of matter, Human nature, and the lord of Water. Neptune water spells have a  colossal amount of power & manifesting energy.

We harness this energy; via magic, to help you get the the things you want. We compel this energy so  you can obtain the results you desire and deserve.

Water is the  grounding element for stabilizing  matter (manifesting your wants and wishes). Thus allowing your illuminations to be limitless.

Great for casting new spells to make your dreams come true and perfect for a booster cast to inspire results for stalled wishes of a previous casting.

Bring your desires to light &  get the things you desire, dream of and or wish for. Tap into the power of Neptune to enrich and improve your life.

Increase your receptivity to attract good fortune and Break away from the constraints and restraints of your current reality. Expand your horizon.

This is your chance to make your dreams come true

Spells cast during events provide high energy which greatly increases your odds of manifesting the results you desire.

This is the best option to receive the results for "Must Have" wants, wishes, scenarios and situations.

Did you miss this Neptunalia Festival?

Order a spell from here anytime of the month. we will cast it once within 24 hrs of order, & again during the next event.