The Indoctrination does not stop as you become
older, it continues via the school, video games,
Music, TV, Movies, and even daily news.

The Indoctrination starts early by forming
your beliefs and then continue its work on
shaping your perceptions.

Perception is your sensory experience of the
world. It involves both recognizing
environmental stimuli and actions in response
to these stimuli.

Through your perceptual process, you gain
information about the environment that is
critical to your survival. Perception is
powerful. Perception is Reality.

If someone could control or shape Perception,
they would be able to shape and control
reality. You see what you Perceive.

The “perception is reality” adage is most often
applied to the way each of us sees our own
environment. If we see the glass as half full,
we will operate from that reality and the
glass will always be at least half full.

The way you view the world and everything
around you has a direct effect on your
thoughts, actions, and behavior.

Your behavior will positively or negatively
affect you as a person, your behavior, actions,
perceptions and even your attitudes.

Indoctrinated behavior tends to be negative.
This is not only bad for you as an individual
but for all others around you as well.

This certainly can prevent one from manifesting
the things they want, but is only one of the things
that is driving you and the world around you
directly into the darker end times.

This wicked influence can keep you from your
god-given blessings and can prevent you from
living a Prosperous life of Freedom, Peace,
Joy, Satisfaction, and true fulfillment.

​And again I say, the disarray we live in today
is no accident, its by design. let's do a quick
recap of the ways your being controlled.

Its the early Indoctrination that forms your
core belief and that shapes your
Perception that leads to negativity.

This negativity can prevent you from taking
the steps needed to free yourself. Negativity
(dark forces) will do everything they can to
stop you from reading this.

The evil spirit will create whatever diversions,
distractions, or troubles to turn your
attention elsewhere.

But again, it's your choice. Its why I encourage
you to press onwards. Keep reading & I will
dispel the shackles that have bound you
your entire life!

as I said, Its the early Indoctrination that
forms your core belief, and in-fact shapes
your perceptions and, that leads to negativity.

That negativity is not only bad for you as an
individual but for all others around you as
well. which leads to the bigger picture.

Culture. Rich, Good, healthy culture is fading
or has faded away. Does culture influence
behavior? Does behavior influence culture?

Behavior, Beliefs & Culture can block your
ability to manifest must have needs and
wants during these End Days.

As a servant of the Great Spirit, one of my main
priorities are to help you have a blessed life.
You should live in abundance - not lack, be
loved rather than be lonely, and be living the
Dream. However, most people are not.

The important thing that you need to understand is
that dark forces have been able to use sacred
books like the bible to deceive the world and
dictate man's history.

The Great Spirit has instructed me to dispel the
lies and myths that have trapped his children
(us - human beings) since the day Lucifer
was cast down to earth.

Once you read the info that I'm going to share,
you may not be able to hold on to your
current core beliefs or Self efficacy.

As human beings, your core beliefs affect the
quality of your life, your work, and all of
your relationships. And what you believe in
is the foundation of your reality.

Beliefs are catalyst for self-perpetuating cycles. 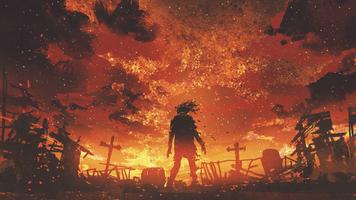 Culture is a collective attribute of a group,
what they think is normal or not normal
how they react, what they eat, what
they perceive as good or bad.

Culture plays a vital role in shaping the
society and the country. Good culture makes
it easy and natural to progress, collective
progressive behavior is a boon to a country.

However, a negative culture makes it hard and
uncommon to progress, a collective negative
behavior is a hindrance to a  country,
a nation or world society.

And it's worth repeating, your beliefs,
behaviors and perceptions are being molded
and shaped every day by forces that you
don't even know exist.

Some call them demons or evil spirits. But no
matter what you call them, they are at work
everyday controlling, disrupting and
interfering with people's lives.

​The fight is not against flesh and blood, but
against principalities, against powers, against
the rulers of the darkness of this world, and
against the unseen spiritual forces of evil.

Paradise is the ideal society with all its
essential elements working harmoniously. Hell is
a problematic society where all its members act
for themselves and against the common good.

Most either don't know, turn a blind eye to, and
or do not care if evil exists or not. And that's
exactly how the dark forces like it.

And so it is and, so it shall be, each day I
will share the sacred knowledge that the Great
Spirit wants you to know.

The question isn’t whether evil exists or not,
but whether you believe it does. One of the
hallmarks of human existence is that we all hold
beliefs that determine how we think and act.

People choose to act morally or not, that is,
to carry out actions that are judged to be
morally right or wrong which unsurprisingly is
shaped by many factors ranging from education,
to circumstances and beliefs.

People who don't care or believe in evil usually
don't believe in good either. But the concepts of
good or evil tend to be relative to a person's
actions, culture, and personal values.

Nonbelief is the scapegoat concept of an enabler.
Like when a big brother eats all cookies, but
when mom asks who ate all the cookies, big
brother puts the blame on others.

An enabler encourages or enables negative or
self-destructive behavior in another. So the
nonbeliever is not tied to a moral compass.
They want to have their cake and eat it too.

But You can’t eat your cake and have it too,
meaning that if you eat the cake you won’t have
it anymore. You cant have it both ways. The
nonbeliever claims amnesty for their actions.

Nonbelief is also a form of escapism. That's the
tendency to seek distraction and relief from
unpleasant realities, especially by seeking
entertainment or engaging in fantasy.

​In fact, most are experiencing shock due to the
hard times of these dark days. You are now
witnessing for yourself for the first time the war
between good and evil playing out in real-time.
Thus the Great Spirit wants me to educate
rather than placate.

The Great Spirit wants me to reveal the hard truths
rather than pacify, or appease you with what the
mainstream religions call the good news - also
known as fake news. So from this forward, I'm going
to start sharing with you the sacred knowledge that
God wants you to know.

I want to start things off with a warning. What I'm
going to share with you may be hard for you to
accept. I have had the opportunity to share this
info with people face to face and saw that some
just could not handle the truth.

Self efficacy diminishes when deceived.

As you continue to read on, I will free you
from the deceptive beliefs that were formed
via The insidious indoctrinations that have
kept you in bondage For your entire life.

The Mass amount of society is not even aware
that they are living in bondage. And for
most, life was comfortable enough that this
topic would not even be of interest.

However, as the end days grow near, the
need to tighten their grip on the masses is
taking place. All now see & feel the disorder
of what once seemed like an orderly world.

This unseen bondage has been able over the
ages to blur and suppress your god-given
connection, abilities, senses, and vision.

In essence, nonbelief, allows the nonbeliever
to twist good and bad into their advantage. They
get to call any bad behavior - good. Non believe
can be used to skew society's belief.

Meaning that if they can get enough people to
agree with them, then anything that they could
think of, no matter how horrible, could be
considered good in the greater community.

Belief (or not) is a slippery slope that shapes
our society for better or worse. To believe or
not, it's your choice.

But If You Don’t Make The Choice, fate makes the
The choice for you. If you choose not to believe in
something, you fall for everything. And these
dark days are all about choice.

I believe that many modern Americans are feeling
less and less satisfied, even as their
freedom of choice expands. — Barry Schwartz

The Modern Abundance of Choice. In a few hundred
years, when the history of our time will be
written from a long-term perspective,

it is likely that the most important event
historians will see is not technology, not the
Internet, not e-commerce.

It is an unprecedented change in the human
condition. For the first time, literally,
substantial and rapidly growing numbers
of people have choices.

For the first time, they will have to manage
themselves. And society is totally unprepared
for it. — Peter Drucker.

Nonetheless, though modern Americans have more
choice than any group of people ever has before,
and thus, presumably, more freedom and autonomy,
we don’t seem to be benefiting from it
psychologically. — Barry Schwartz

We have lost our ability to filter what is
important and what isn’t.

Psychologists call this decision fatigue:
the more choices we are forced to make,
the more the quality of our decisions
deteriorates. — Greg McKeown

Life is a matter of choices,
and every choice you make makes you.
If you don't like your life, it is time
to start making new choices.

When we forget our ability to choose,
we give our power away to others.
— Greg McKeown

Believe it or not, Evil (the principalities,
powers, and wicked rulers of the darkness of
this world), greatly benefit when the mass of
society does not believe or care.

They are forcing the issue. as said above the
more choices we are forced to make, the more
the quality of our decisions deteriorates.

So this assault on the belief system is a strategic
mental attack. By forcing the issue, they are
trying to disrupt your ability to make
decisions, to choose.

The dumbing down of our populace is
evident as the villainous ones seek to
drag both intelligence and morality down
to their own poxed and corrupt level.

The best way to control a society is religion,
as most are indoctrinated with these teaching
with they are at their youngest. Those teaching
are now part of your core belief system, and
this info that I'm going to share will have
a direct impact on those core beliefs.

Core beliefs are the general principles and
assumptions that guide you through life. And
when core beliefs are rooted in the truth, you
can do anything you set my mind to.

But when your core beliefs are rooted in
deception, they are self-limiting, are
tricking your mind into seeing the world
through rose-colored glasses.

Is it a good thing to change self-destructive
beliefs? YES, but that's a choice you have
to make for yourself.

Share your insight & or feedback.
I'm writing this to be of help, so I need to know
if this is helpful, is it understandable
and any insight you might have!!!