When Medo-Persia conquered Babylon,
the Babylonian religion, which was
greatly influenced by their Sumerian
counterparts were maintained.

But after a revolt of the priesthood,
the priests of Babylon were driven out
of Medo-Persia, and established
themselves at Pergamum, taking with
them their titles and vestures.

The last pontiff king of Pergamum was
Attalus III, who bequeathed his title
to the emperor of Rome in 133 BC.

In the fourth century AD, Christian
emperor Gratian refused the title,
but in the year 431 AD, the title
was taken over by Damascus,
bishop of Rome.

The present-day College of cardinals
with the Pope at the head is
identical to the Babylonian
priesthood at Pergamum with the
Pontifex Maximus at the head.

As it was then, it is now.
It's kind of weird that the pope's
title comes from a source that worshiped
or believed in multiple deities. That is
the opposite of monotheism, which
is the belief in one god. Hmmm?

The pope's proper title, according to
the Vatican's website is Bishop of Rome,
Vicar of Jesus Christ, Successor of the
Prince of the Apostles, Supreme Pontiff
of the Universal Church.

Nevertheless, the papacy continues
to grow, trying to become the one
global religious leader. That fact alone
should send shivers down your spine.

But I'm not done yet; let me shine a
light on the things they really don't
want you to know about.

The keys that the Pope wears around his
neck is not the keys of Peter. Rather,
they date back from Babylonian times,
when it was supposed that one wearing
the keys were considered as a God who
had the power to unlock heaven or hell.

Sexual abuse.
The Catholic Church sexual abuse cases
are cases of child sexual abuse by
Catholic priests, nuns, and members of
religious orders. In the 20th and 21st
centuries, the cases have involved many
allegations, investigations, trials,
convictions, and revelations about
decades of attempts by Church officials
to cover up reported incidents.

The abused include mostly boys but also
girls, some as young as three years old,
with the majority between the ages of 11
and Criminal cases, for the most part, do
not cover sexual harassment of adults.

The accusations of abuse and cover-ups
began to receive public attention
during the late 1980s. Many of these
cases allege decades of abuse,
frequently made by adults or older
youths years after the abuse occurred.

Cases have also been brought against
members of the Catholic hierarchy who
covered up sex abuse allegations and
moved abusive priests to other parishes,
where the abuse continued. 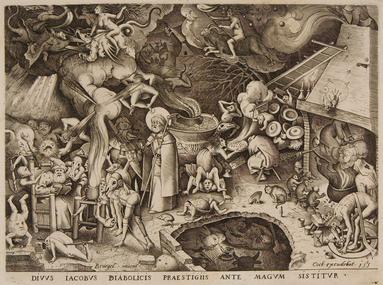 Most scholars of history agree that the
similarities between the older Roman
stories and the new Christian stories
can not be merely coincidental.

Before Jesus, the Jewish people were
looking for a messiah to rise and
overthrow the Romans.

But with Jesus, the new revelation came
up to lay down your weapons, to turn
the other cheek, to forgive and forget,
to offer yourself up as a sacrifice
rather than fight, etc.

It's well known that the Jewish people of
Jesus' day had a passionate desire for
freedom from the domination of
the pagan Romans.

In fact, turning the other check only
helped sustain the Roman occupation
of Jerusalem.

And they were looking for a messiah to
rise and overthrow the Romans prior
to the death of Jesus.

And that belief continued well after the
death of Jesus. in 132 AD – 135 AD
was the Bar Kokhba revolt.

Simon Bar Kokhba leads a revolt against
the Roman Empire, controlling the city
for three years. He is, in fact, proclaimed
as the Messiah by Rabbi Akiva.

Hadrian (a Roman emperor) sent his
army to brutally crush the Bar Kokhba
resistance, but it failed, and the Jewish
tribes were able to retake the city.

The point is that Rome began to see that
they were no longer going to be able to
control the world by force.

They knew the roman military machine
was running out of gas and the end
of that the era was coming
to an end.

The most straightforward theory for
Rome's collapse pins the fall on a string
of military losses sustained against
outside forces.

So to survive,
to keep control,
Rome had to switch tactics.

They changed from a military
powerhouse to a powerful religious
force and were able to maintain
their control over the masses.

Joseph Atwill, who is the author of a
book entitled 'Caesar's Messiah: The
Roman Conspiracy to Invent Jesus',

asserts that Christianity
did not begin as a religion,
but was actually a sophisticated
government propaganda exercise.

I say That propaganda exercise
is still in use today.

Mr. Atwill theory is that the New
Testament was written by first-century
Roman aristocrats and that they entirely
fabricated the story of Jesus Christ.

Christianity may be considered a religion,
but it was actually developed and is used
as a system of mind control to produce
free will slaves via this
religious conquest.

Mr. Atwill says that acts of insurrection
by Jewish sects, who were awaiting the
arrival of a so-called 'warrior Messiah'
in Palestine, were a perpetual problem
for the Roman Empire

After the Empire had exhausted all
traditional means of dealing with the
problem they resorted to
psychological warfare.​

This type of warfare is effective.

Many Romans suggested that the Roman
Empire was experiencing these attacks
from a group of Jews and Judean rebel
factions who did not worship
the Roman gods.

Furthermore, Jewish people continually
revolted against the Romans in Jerusalem.
Thus the roman emperors became
increasingly intolerant of Judaism
and started to crack down on them.

Those who disobeyed the emperor were
often tortured by soldiers, forced to
fight wild animals at sporting events,
or would be crucified.

The point is that the Romans saw the
undeniable faith the Jewish people had
to GOD, and it was that faith that
inevitably led to their freedom
from the Romans.

The Romans already knew how powerful
religion could be, but the Jewish story
and their faith provided the Romans
with a whole new revelation.

They determined the best way to control
an uncontrollable people is via
religion, thus the story of Jesus
came to life.

it's been speculated that the story of
Jesus was written by the scribes of
Caesar for Caesar as a way to outwit
and control future generations.

Meaning that the historical person
behind the Biblical figure Jesus Christ
is none other than. Gaius Julius Caesar.

Thus Caesar and his imperial cult began
to develop and grow Christianity over
the course of several generations with
the help of the new gospels.

Caesar's new Cult of Christianity used
the writings of Mark and Luke in the
new gospels to gain influence
over the people. ​

Luke is able to present Jesus as a
successor to Augustus Caesar in an
alluring way to maintain the
imperial cult following.

And the Jesus story allows Luke to
appeal to Jewish people and
millions of others in the
surrounding regions.

Im not going to make a statement like
that without providing evidence to
support my statement.

​And to be clear, I'm saying that Caesar
and his imperial cult inspired the
Christian movement by writing the
new gospels so that they could
present the story of Jesus.

An overview clearly shows that the
creators of Christianity were copying
and modifying old Roman stories to
create their own literature about
the new Jesus story.

Further evidence comes as many of the
fabled stories told of the Emperor
Augustus bear strong resemblances to
stories told later about Jesus.

For example the story of the miraculous
nature of birth, life, death, and
ascension to heaven.

And last but not least, let's look at
the title shared by both
Caesar & Jesus.

The Son of God was Caesar's title
long before the story of Jesus
was created.

Of course, the fabled stories and title
used to describe the roman Emperor
Caesar is taken from ancient stories
far before his time.

So the Romans were well adapted to
rewriting history to declare their own
connections to the deities and would
have no issues with writing a new
best seller - the New testament.

In 132 AD – 135 AD was the Bar Kokhba
revolt. Simon Bar Kokhba leads a
revolt against the Roman Empire,
controlling the city for three years.
The Jewish people were free again.

They surmised that the way to stop the
spread of zealous Jewish missionary
activity was to create a competing
belief system.

That's when the 'peaceful'
Messiah story was invented.
The Jesus story.

Instead of inspiring warfare,
this Messiah urged turn-the-other-cheek,
pacifism and encouraged Jews to
'give onto Caesar' and pay their
taxes to Rome.

Mr. Atwill continues:
Although Christianity can be a comfort
to some, it can also be very damaging
and repressive, an insidious form of
mind control that has led to blind
acceptance of serfdom, poverty, and
war throughout history.

​Mr. Atwill sums up my point all too well.
Thank you, Mr. Atwill.

Now back to the point I was making
about how the Roman empire forged the
gospels and the story of Jesus to
launch Christianity.

Christianity did not take over the
roman empire, Again ever heard the
phrase: a wolf in sheep's clothing?

Lets' fast forward to current times
and that wolf in sheep's clothing could
be the leader of the Vatican city.

Today, the pope is considered one of the
world's most powerful people because of
his extensive diplomatic, cultural, and
spiritual influence on 1.3 billion
Catholics and beyond.

Also, because he is the head of the
world's most powerful government and
is the world's largest provider of
education and health care, along with
an avast network of charities.

Vatican City is governed as an absolute
monarchy with the pope at its head. The
Vatican mints its own euros, prints its
own stamps, issues passports, license
plates and operates media outlets and
has its own flag and anthem.

The pope is answerable to no human
power. He has absolute authority over
the entire Roman Catholic Church,
direct authority that reaches down
to individual members.

Where does the Papal title
Pontifex Maximus come from?

The Papal title Pontifex Maximus can be
traced back in different forms to
Ancient Mesopotamia, most notably
the ancient Chaldeans, aka
Assyrians / Babylonians.

Mesopotamian religion was polytheistic,
worshipping over 2,100 different deities,
many of which were associated with a
specific state within Mesopotamia.

Mesopotamian states such as Sumer,
Akkad, Assyria or Babylonia, or a
specific Mesopotamian city, such as;
(Ashur), Nineveh, Ur, Nippur, Arbela,
Harran, Uruk, Ebla, Kish, Eridu,
Isin, and so forth.

Ancient Mesopotamia is known as the
cradle of civilization. The first cities
and empires were formed there.

​It was a very volatile period with many
kingdoms rising and falling.

Power changed hands many times
throughout the ancient history
of this area.

He, is in fact, proclaimed as the Messiah
by Rabbi Akiva. Akiva also gave him the
title Bar Kokhba (“Son of the Star”). Bar
Kokhba reveals how the romans were having
troubles dealing with ongoing revolts.

Please share your insight & or feedback. I'm writing this to be of help, so I need to know if this is helpful? Is it understandable? Also, please let me know if you think I should change anything or need to add something!

Christianity did not take over the
roman empire. Ever heard the phrase:
a wolf in sheep's clothing?

So how did this come to pass?

At first, the Romans did not mind that
Jewish people did not worship Roman
gods. But over the next two hundred
years or so, barbarian warriors kept
attacking the empire.