The vital point that I'm trying to
reveal is not to bash Christianity, but
to expose the fact that evil itself is
trying to lead people away from
connecting to our heavenly father.

As an American,
Christianity is the religion I grew
up with. And because of that and my
personal knowledge of Christianity,
I can use it to open your eyes to how
religion has become corrupted by evil.

There are 12 major religions
in the world as 01.01.2021. They include
Christianity, Islam, Hinduism, Buddhism,
Sikhism, Taoism, Judaism, Confucianism, Bahá'í, Shinto, Jainism,
and Zoroastrianism.

I did not grow up in any of the other
11 world religions. I have had the
chance to explore most of them but
I do not possess enough knowledge of them to provide you with the proper
insight to point out how they have
been corrupted as I can
with Christianity.

and be sure to review all pages

as i add in updates all over

If this is the first page you have
found in your search to understand
these end times, I suggest that you
start reading from page one to gain a
full understanding of this truth.

The best way to control a society is
via religion. When your core beliefs
are rooted in deception, you will never
be able to see the truth.

As a servant of the Great Spirit, my main
priority is to help you see through the
mirage and escape the troubles, the
poverty, and current hardships.

Please share your insight & or feedback. I'm writing this to be of help, so I need to know if this is helpful? Is it understandable? Also, please let me know if you think I should change something or need to add something!

From here, I shall continue my writings
from the previous page. I was discussing
the wolf in sheep clothing, also known
as the Pope and the Catholic Church.

I was shining a light on the things that
they don't want you to know about. Like
how the papal title 'Pontifex Maximus',
is actually a pagan title.

I also began exposing the corruption
that takes place within this so-called
religion of goodness and righteousness.

The atrocities committed within the
papacy include theft, cruelty, murder,
fornication, adultery, incest, and
sexual abuse. And the list goes on.

The Vatican has conducted many studies
on its own clergy but never on this
subject. In the United States,
however, where there are 37,000
priests, independent studies have
found that up to 60 percent
may be gay.

The collapse of the closet in public and
private life in the past three decades
has made the disproportionate
homosexuality of the Catholic priesthood
much harder to hide, ignore, or deny.

This cultural and moral shift has not
only changed the consciousness of most
American Catholics (67 percent of whom
support civil marriage for gay couples)
and gay priests (many of whom are close
to quitting) but also broken the
silence that long shrouded the subject.

There is gay culture, not only
among the clergy but even within the
hierarchy. The preponderance of gay men
in the priesthood is, in fact, nothing
new in the history of the church. For
well over a millennium, it has
been commonplace.

Money laundering.
The Vatican's ultra-secretive culture
and dubious financial dealings have
frequently mired it in a scandal. The
Vatican is notorious for using the
IOR to launder money for organizations
with violent criminal backgrounds.

During Calvi's tenure, he set up a
network to move the bank, and therefore
the Vatican's funds, into illegal
offshore accounts The Vatican maintains
financial institutions in the Cayman
and Turks and Caicos islands, both
havens for offshore tax shelters and
other dubious activities.

It was once reported that the pope's
Cayman facility has clients which
"include German arms dealers and
criminal elements. Additionally, The
Vatican has concordats or treaties,
with over 200 countries that "can
ensure that the finances of the
Church is kept secret.

Within each diocese
are innumerable parishes, charities
and other Catholic agencies with bank
accounts. For example, American
bishops control approximately 40,000
affiliated organizations.

So be forewarned. The next pope who
claims he is "reforming" the Church
without full disclosure of his global
assets, verified by an outside forensic
accountant is a liar.

Not to mention still darker crimes,
have all been notoriously committed by
the supreme rulers of Christendom, who
sat in the seat of infallibility, and
claimed universal jurisdiction over
the thoughts and consciences
of humanity.

And it goes on and on,
so I will leave it there.

The Faith is based upon a mythical
version of a man named Jesus. And the
only evidence that Jesus was a real
person comes from one written transcript
that declares him as a martyr, which was
the fate of all those who taught about
our heavenly father.

Nefarious forces have corrupted Main
Stream religion to control and enslave
humanity. The Mass majority of society
are not even aware they are
living in bondage.

This evil religious conquest has duped
many people and they are now seeing
these dark days through rose-colored
glasses. A world in chaos is the
new norm for them. 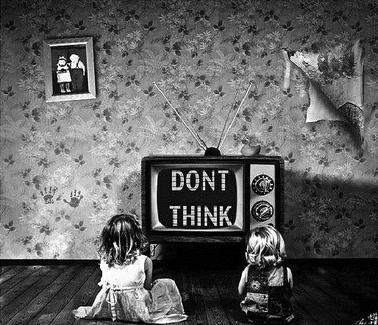